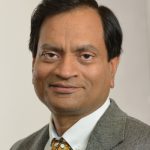 AI: What Makes it Hard and Fun!

The confluence of massive data with massive compute is unprecedented.  This coupled with recent algorithmic breakthroughs, we are now at the cusp of a major transformation. This transformation has the potential to disrupt a long-held balance between humans and machine where all forms of number crunching is left to computers, and most forms of decision-making is left to us humans. This transformation is spurring a virtuous cycle of compute which will impact not just how we do computing, but what computing can do for us. In this talk, I will discuss some of the application-level opportunities and system-level challenges that lie at the heart of this intersection of traditional high-performance computing with emerging data-intensive computing.

He previously worked at IBM’s T.J. Watson Research Center and Broadcom Corporation. He has made contributions to the design, architecture, and application-performance of various microprocessors, including IBM Power PC, Intel i386, i486, Pentium Xeon, and the Xeon Phi line of processors.

Dr. Dubey holds over 36 patents, has published more than 100 technical papers, won the Intel Achievement Award in 2012 for Breakthrough Parallel Computing Research, and was honored with Purdue University’s 2014 Outstanding Electrical and Computer Engineer Award. Dr. Dubey received a PhD in electrical engineering from Purdue University. He is a Fellow of IEEE. 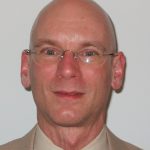 Dr. Farber received a B.S. in chemistry (1984) from Penn State University and a Ph.D. in physical chemistry (1988) from MIT.  Dr. Farber received a Life Sciences Research Fellowship to work on mechanistic enzymology with Dr. W. W. Cleland at the University of Wisconsin.  Following his postdoctoral fellowship, Dr. Farber returned to Penn State as an Assistant Professor of Biochemistry and rose to the rank of Associate Professor with tenure by 1998.  His research included work on structural movies of enzyme action, molecular evolution, and mechanistic enzymology.

​Dr. Farber moved to the National Center for Research Resources (NCRR), part of NIH, in 2000.  At NCRR, he managed a number centers and individual investigator awards in technology development and bioinformatics, as well as a cohort of interdisciplinary research centers.  Dr. Farber concluded his service at NCRR as the Director of the Office of Extramural Activities and the Director of the Office of Construction Grants.

​In June 2011, Dr. Farber became the Director of the Office of Technology Development and Coordination at the National Institute of Mental Health (NIMH).  That office is responsible for coordinating all technology development and bioinformatics activities at NIMH, overseeing the NIMH Data Archive, co-leading the management of the BRAIN Initiative, co-leading the management of the NIH Neuroscience Blueprint, and also overseeing the NIMH small business program. 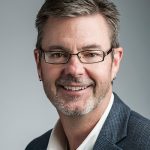 Bytes and BTUs: Lessons Learned from the World’s Most Energy Efficient Data Center

In this presentation we will discuss our holistic approach to design energy efficient data centers, which led to the world’s most energy efficient data center, operated at the U.S. Department of Energy’s National Renewable Energy Laboratory, in Golden, Colorado. The 10MW HPC data center has an average Power Usage Effectiveness (PUE) of 1.03 and features a chiller-less design, component-level warm-water liquid cooling, and waste heat capture and re-use. We provide details of the demonstrated PUE and Energy Reuse Effectiveness (ERE), adventures in water chemistry, and lessons learned during four years of production operation.  Finally, we discuss new efforts to dramatically reduce the water footprint in the data center and a new project to demonstrate a proof of concept carbon-free data center of the future, using renewable energy and hydrogen fuel cells.

Steve Hammond is director of the Computational Science Center at the National Renewable Energy Laboratory (NREL). He is responsible for developing and leading NREL’s laboratory-wide efforts in computational science. He initiates and oversees innovative research programs in computational science, mathematics, and scientific computing in support of NREL’s Department of Energy (DOE)-based mission. This includes leading NREL’s efforts in energy efficient data centers.
Prior to NREL, Steve managed the Computational Sciences section at the National Center for Atmospheric Research (NCAR). He led staff conducting research and development in areas such as computational fluid dynamics and parallel communications algorithms for parallel architectures. Steve was technical lead on the DOE-funded effort to develop the first massively parallel version of NCAR’s community climate model, CCM2, originally developed for vector systems. 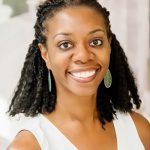 Throughout history, Black women’s lived experiences have often been invisible and erased. Therefore, it is important to combat this erasure and move toward a correction and claiming of Black women’s space within the digitized record. This presentation will discuss a study that employed latent dirichlet allocation (LDA) algorithms and comparative text mining to search 800,000 periodicals in JSTOR (Journal Storage) and HathiTrust from 1746 to 2014 to identify the types of conversations that emerged about Black women’s shared experience over time and the resulting knowledge they developed. This presentation will also discuss the potential for seamless creativity and the need to de-mystify advance computing tools across the social sciences and humanities. 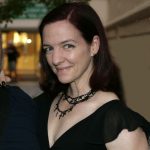 ​Disciplines such as genetics and chemistry have a long history of discoveries that were initially overlooked and not appreciated for their transformative implications until decades later. These findings were often made by researchers working on the fringes of the mainstream scientific community who published in obscure journals, if at all. Through sheer luck their work formed the basis for larger discoveries. The cybersecurity community has many parallels. There is a prevalence of virtual and physical collaborations of cybersecurity experts performing research and deriving tangible, noteworthy results that are never published and is often not taken seriously enough to influence the timely design of security systems and software.  How can we create feedback loops between the academic community, cybersecurity operators and underground security researchers? I’ll present some ideas about how three communities with different incentives, yet the same goals, can work together to shorten the time to discovery and overcome many of the obstacles that impeded progress in the sciences centuries earlier.

Prior to her position at Illinois Institute of Technology, Anita served as Program Director for Cybersecurity at the National Science Foundation. Past assignments include Executive Director of Infrastructure at the University of Chicago and IT and Cybersecurity roles in industry and government. 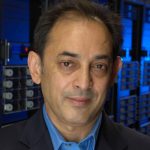 OAC’s overarching mission is to conceptualize, design and implement the advanced cyberinfrastructure that is critical to the advancement of all areas of science and engineering research and education. We are currently in an era marked by extreme and pervasive compute and data, with dramatic changes in the scale and nature of cyberinfrastructure requirements.

We are also witnessing dramatic changes in technologies and resources. It is essential that the research cyberinfrastructure ecosystem evolve in response to these changes, and, moving forward, we will evolve our priorities and programs accordingly, driven as always by science needs. OAC recognizes the need to work closely with the diverse science and engineering communities to tightly couple the cycles of discovery and innovation essential to addressing new challenges and opportunities in an era of disruptive technologies. This session will provide an opportunity for OAC to engage more closely with the OAC community.

Manish Parashar is Distinguished Professor of Computer Science at Rutgers, The State University of New Jersey University. He is also the founding Director of the Rutgers Discovery Informatics Institute (RDI2) and The Applied Software Systems Laboratory (TASSL), Full Member (Clinical Investigations and Precision Therapeutics Program) of the Rutgers Cancer Institute of New Jersey, and is Associate Director at the Rutgers Center for Information Assurance (RUCIA). He is also Visiting Professor in the Faculty of Business, Computing & Law at University of Derby, UK. He is the Lead PI for Cyberinfrastructure for the NSF Ocean Observatories Initiative.

Manish has received several awards for his research, publications and service. He was elected to IEEE Computer Society’s Golden Core in 2016. He is a Fellow of AAAS, Fellow of IEEE / IEEE Computer Society, and ACM Distinguished Scientist.He received a 2013 R & D 100 Award (with ORNL and GT), Peter D. Cherasia Faculty Scholar Award from the Rutgers School of Engineering (2014 – 2017), IBM Faculty Awards in 2008 and 2010, the Tewkesbury Fellowship from University of Melbourne, Australia (2006), the Rutgers Board of Trustees Award for Excellence in Research (2004-2005), the NSF CAREER Award(1999), TICAM (now ICES) (University of Texas at Austin) Distinguished Fellowship (1999-2001), and the Enrico Fermi Scholarship, Argonne National Laboratory (1996).

Manish has co-authored a large number technical publications, including papers in international journals and conferences, invited papers and presentations and book chapters (Parashar@GoogleScholar). He has developed and deployed several software systems that are widely used, including DataSpaces/DIMES/DART, Fenix and CometCloud. Manish has graduated 20 Ph.D. and 50 MS students and has mentored over 15 postdoctoral scholars.

Manish received a BE degree in Electronics and Telecommunications from Bombay University, India, and MS and Ph.D. degrees in Computer Engineering from Syracuse University.